The 2007-built MSC Orchestra was the second ship in the four-strong MSC Musica class, constructed in France for Italian operator MSC Cruises between 2006 and 2010. In terms of size, these ships at 2,500 passengers range between the smaller MSC Lirica class (2,200 passengers) and the larger MSC Fantasia class (3,300 passengers).

MSC Cruises (then trading as Mediterranean Shipping Cruises) came into being in 1995 as the successor of Flotta Lauro and initially challenged larger operators like Costa or Festival Cruises with second hand tonnage inherited from Lauro like the Melody, Rhapsody and Monterey. However, in 2003 MSC embarked on a most ambitious newbuilding program which has led the company into the league of the largest international cruise operators, in fact now being the largest privately owned cruise operator in the world. Only recently, MSC has taken delivery of its new flagship, the giant MSC Grandiosa (6,300 passengers).

Having sailed in Northern Europe during the summer 2019, MSC Orchestra will spend the winter 2019/20 in South African waters. In May 2020, she will return to Europe where she will be deployed mainly on 7-day cruises in the Eastern Mediterranean from Venice between May and November. After that, she will head down to South America for the winter 2020/21. 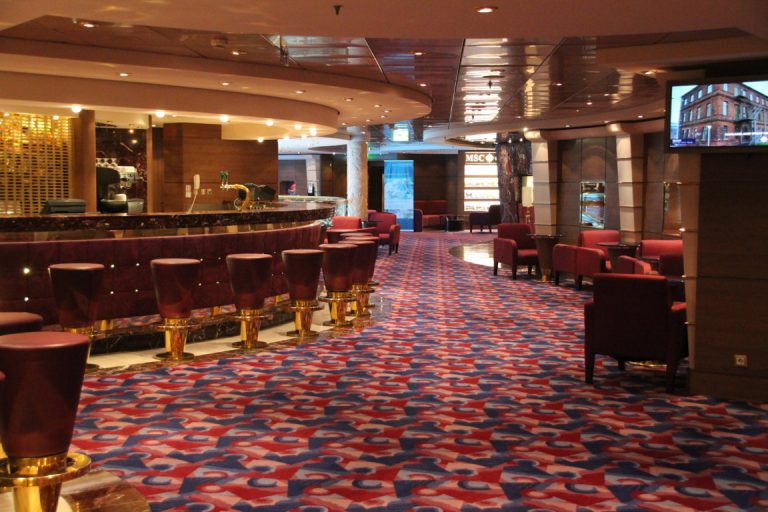 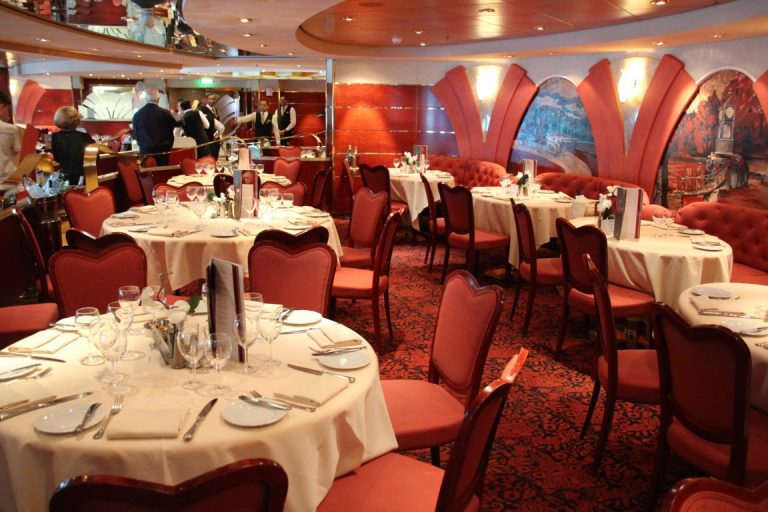 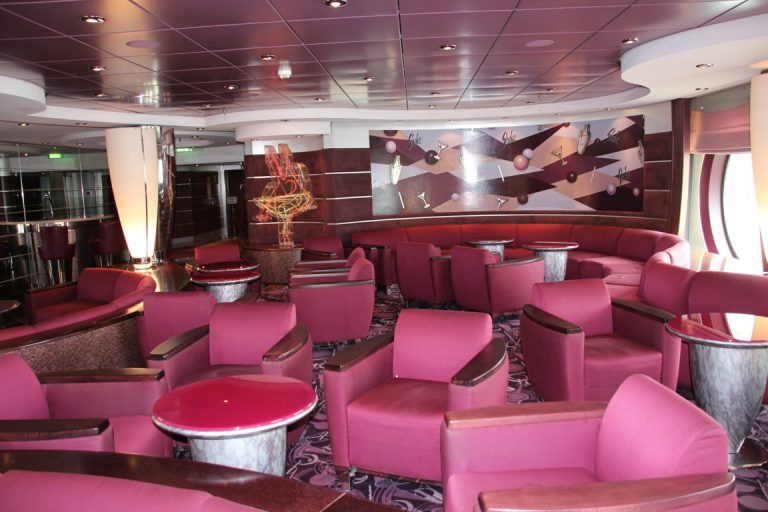 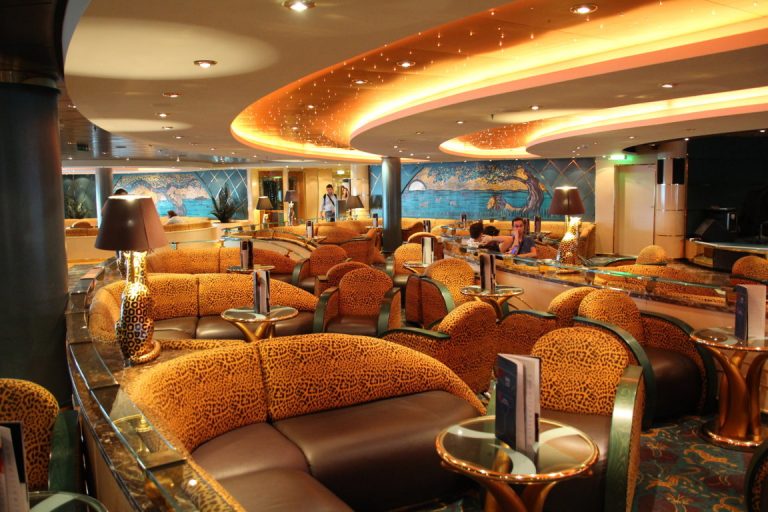 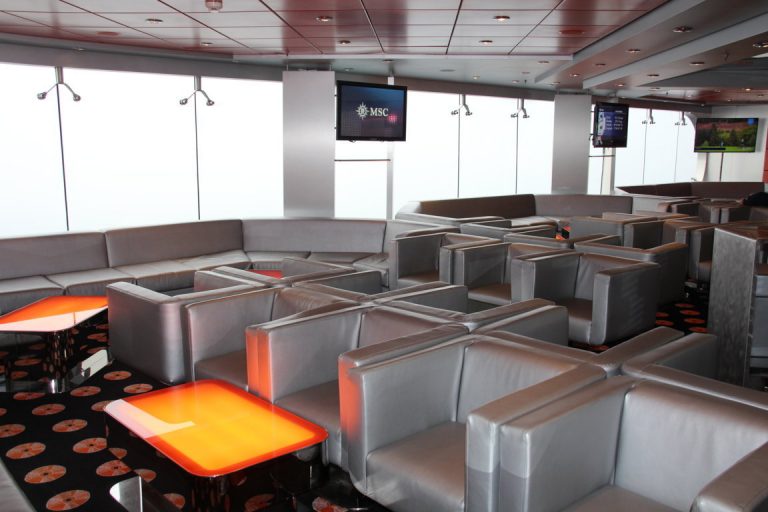 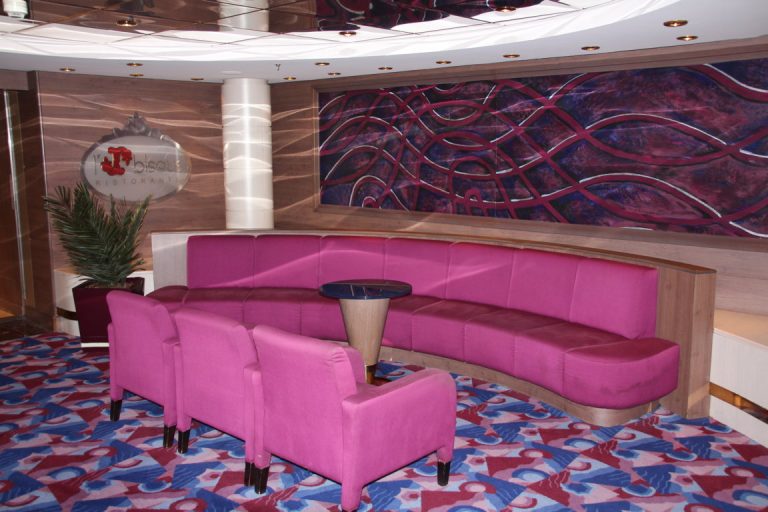 MSC Orchestra has a total of 1,275 cabins in twelve different categories – from inside cabins with two lower berths on deck 5 (14 square metres) to large balcony suites on deck 15 (30 square metres). All her cabins are equipped with a bath and shower or bathtub, a large wardrobe, interactive TV, onboard telephone, WiFi (at a charge), mini bar, safe and air conditioning.

Onboard the MSC Orchestra, several different restaurants can be found. There are two a la carte restaurants (L’Ibiscus, 714 seats, and Villa Borghese, 720 seats) as well as a large buffet restaurant (La Piazetta, 349 seats). The latter can be enlarged using the 4 Seasons, an extension for another 250 guests. It is also open 20 hours a day, with tea, water and pizza available at any time. The only specialty restaurant onboard (which comes at a surcharge) is the oriental themed Shanghai on deck 7 (68 seats). The food onboard MSC Orchestra is mainly Mediterranean, but there are nice extras like the ”ethnic corner“ in the buffet restaurant.

Her passenger/crew ratio of 2.4 puts the MSC Orchestra into the mainstream/mass cruise market together with competitors like Costa, Aida Cruises and Royal Caribbean International. As is common with ships of her kind and size, the crew and staff members of the MSC Orchestra originate from several dozen different countries, and (unlike many of her passengers) most of them speak two, three or even more languages.

The vessel’s sports and wellness facilities include mini golf, shuffleboard, a tennis court, table tennis, jogging track, gym, yoga and a beauty centre. There is also the large “Body and Mind Spa“ on deck 13 with two Turkish steam baths, Finnish saunas, solarium and massage treatments. In addition, hydrotherapy, aromatherapy and even chrome therapy are being offered. 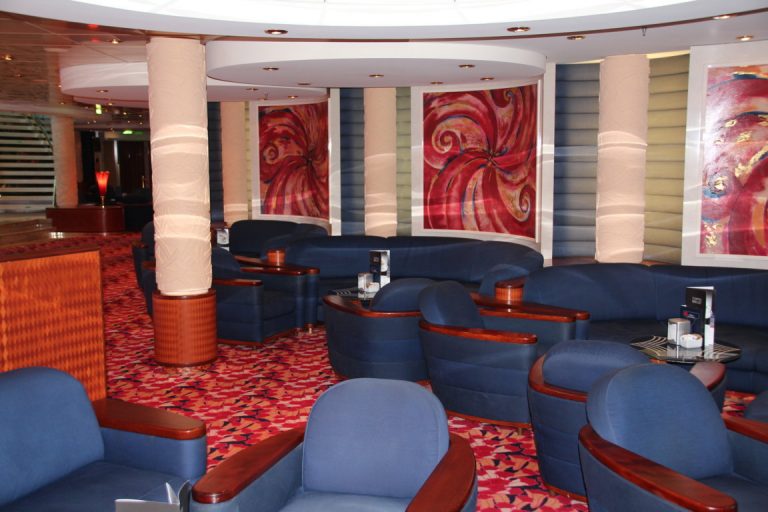 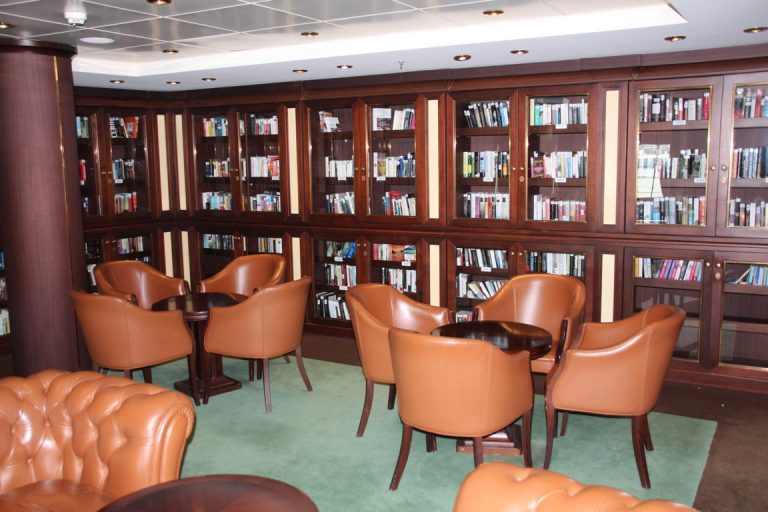 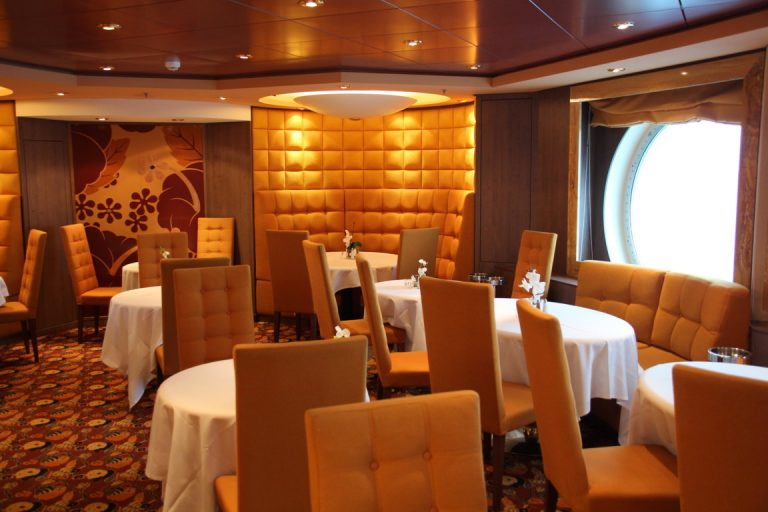 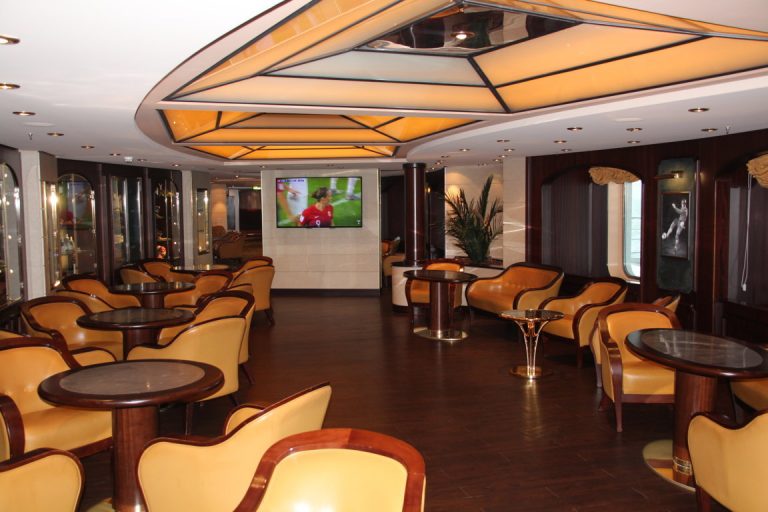 In the large Covent Garden theatre (1,240 seats), opulent production shows are being shown each evening with the same venue being used for other purposes like film screenings or lectures during the day. Furthermore, MSC Orchestra features a total of eleven bars and lounges (two outside and nine inside), a casino, a beautiful library and card room, art and photo gallery, internet café, shopping arcades and a discotheque. Especially in the evening hours, there is different music playing in each lounge, the MSC Orchestra really living up to her name. Much of it is Italian-themed, but there’s also the usual karaoke evening and piano man onboard. The ship also offers a teen club, a room with video games and a children’s play area which also stretches to the adjacent outside deck. Generally speaking, the MSC Orchestra does not have the same “wow” factor as the giant MSC Fantasia or MSC Meraviglia class vessels, but her many public spaces still are colourful, varied and well appointed.

During the cruise I took, there were usually between 3 and 11 port excursions (eight different categories) on offer depending on the size of the port/city we called at. The prices varied between 42 € (four and a half hours “Inverness on your own“ including a bus transfer) and 106 € (seven hours “The best of Dublin“). In each port, you could also book exclusive “private tours“ with a hired car and driver arranged for you and up to ten passengers.

Depending on the respective cruising area, the passenger mix of the MSC Orchestra varies a lot. On the Round Britain cruise from/to Hamburg that I took, two thirds of her passengers were German-speaking, with the remaining third coming mainly from other European countries (Italy, Spain, France). In the Mediterranean, her passenger profile is more balanced and truly pan-European. Naturally, when cruising in South African waters, many of her passengers come from RSA and Namibia while in South America, she is in the hands of Brazilians, Argentines and guests from other Latin American countries.

MSC Orchestra offers a wide range of shopping opportunities as well, including the Cipria (perfumes), Zaffiro (jewellery), Madison Avenue (clothing) and Logo shop (MSC souvenirs) outlets in addition to a duty free shop, an electronics and a photo shop. Each daily printed program contains a “daily specials“ inlet with the special offers and discounts of the day. 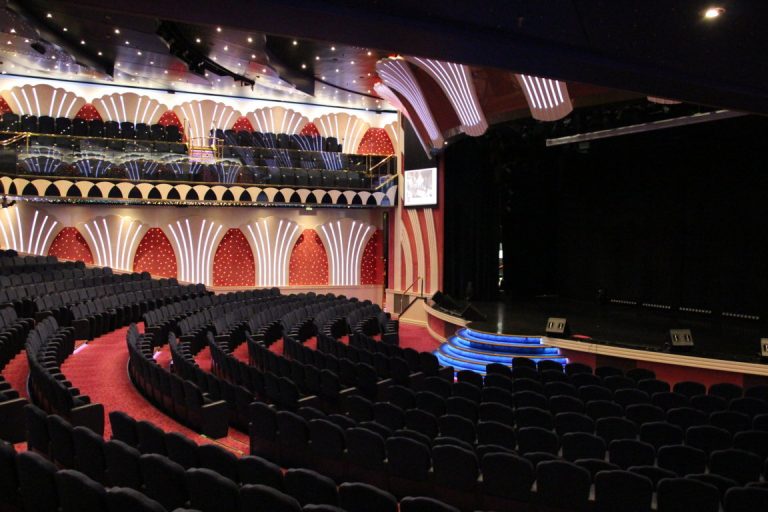 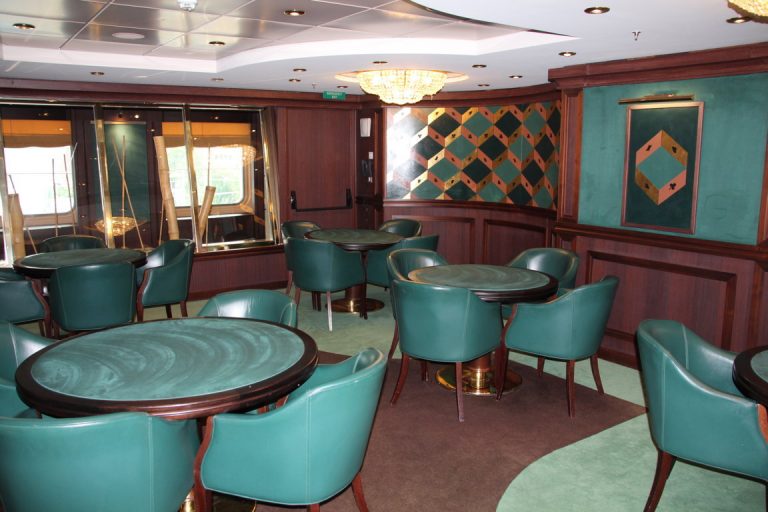 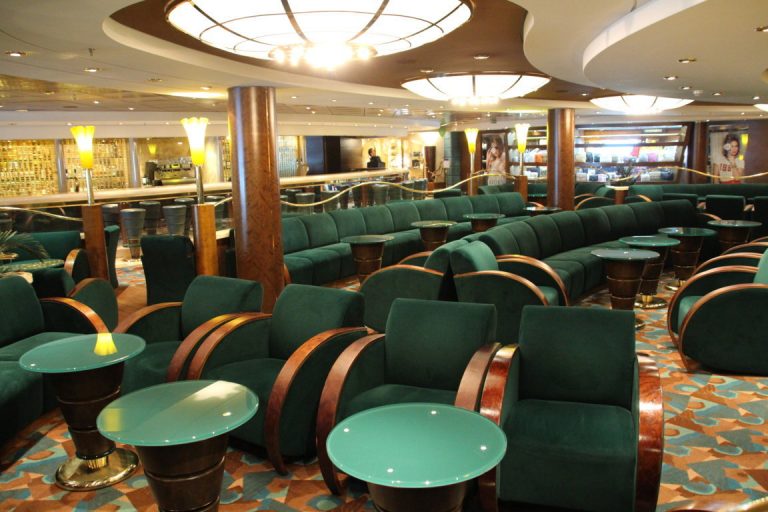 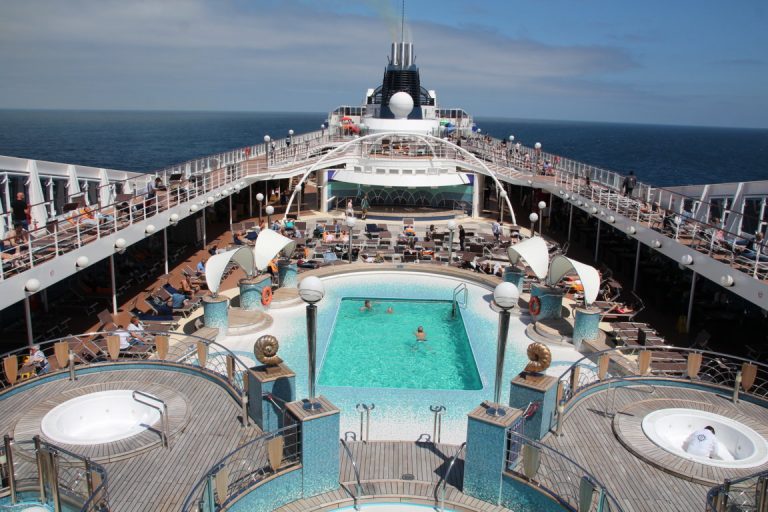 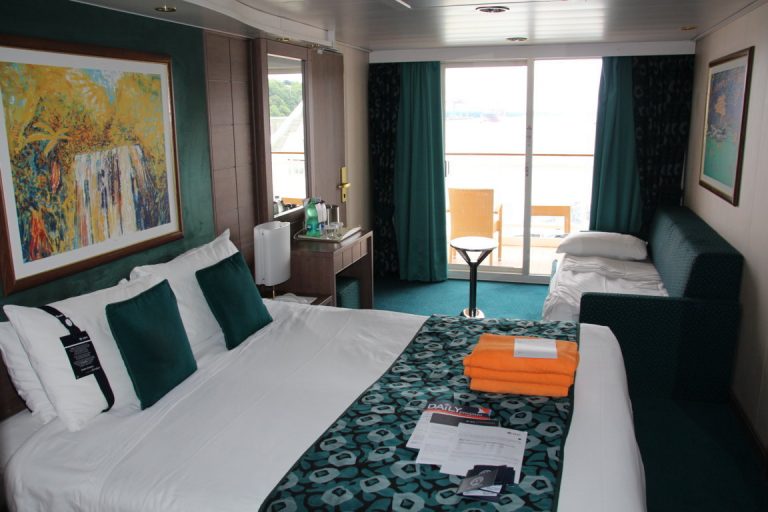 The dress code for each day is printed in the daily program. MSC divides between “informal“, ”gala“ and motto evenings like “70s party“, “Italian night“ or “white night“. During the ten-day cruise I took there were three gala evenings.

Even if the MSC Orchestra does no longer feature in any “hit list” of the biggest or most revolutionary cruise ships, she still is a very large and modern vessel with lots of amenities for passengers of all ages and nationalities. Being an “Italian lady” and not least thanks to her name, there’s an abundance of music playing on board, from the elderly piano man in an otherwise quiet lounge to loud stage shows in the large onboard theatre. Her passengers come from a wide range of countries, and so does her crew. The MSC Orchestra may not be ideal for those who seek a quiet luxury cruise off the beaten track, but instead is almost perfect for couples and families not afraid of the occasional mass processing amidst a wide variety of onboard dining and entertainment opportunities.

Don’t forget to make your Reviews about Msc Orchestra and all other Msc Cruises‘ ships on Cruising Journal. 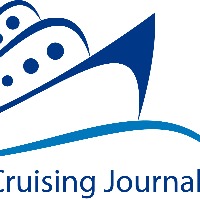