Silver Moon, the new Silversea Cruises’ ship set to be delivered by the end of 2020, successfully passed its sea trials done during the month of August. The future flagship sailed from Ancona to Trieste, and is currently returning to Ancona. The delivery is set for October 30.

The ship underwent sea trials, for stability and vibrations, but also tests in the dry dock in Trieste, where the furnishing and interior and exterior refinements are being completed. The Silver Moon is currently headed back to Ancona where the work will continue leading up to the final delivery.

Some numbers, shared by Silversea Cruises, give an idea of the impressiveness of the work required to build a ship like the Silver Moon, even though it is a small-medium sized unit. During the peak months of the construction of the Silver Moon in Ancona, more than 1,000 qualified professionals worked simultaneously on the ship, with more than 390 companies contributing to the construction.

It is painted with almost 100,000 liters of paint, more than 15,000 steel sheets and profiles were cut to form the superstructure of the ship, of which 920 tons were transported from 755 nautical miles away. About 1,690,000 meters of electric wires were installed by 18 contractors, more than 60,000 m2 of insulation, 450,000 kilos of air conditioning ducts and 92,000 kilos of ventilation ducts. Furthermore, more than 5,000 automation ducts were installed to connect the ship’s mechanisms.

Satisfaction is the main feeling on board during the acceptance of the ship’s delivery. Two well-known Silversea Cruises’s staff were key, Captain Alessandro Zanello and Hotel Director Paolo Percivale. Both have not only been at the company for many years, but are also experts in the operation of this type of ship. Both were present on the Silver Muse, for a similar delivery, they directed operations on board during the entire trial period in the sea and dry dock.

Silver Moon will have the beauty and the unique style of its twin, the Silver Muse, but with more refinements and works of art on board. From the restaurant La Dame to the quintessential Silversea lounge… the bar La Dolce Vita, the spaces are replicated as is the fleet’s tradition, but always with a new touch and lots of elegance. The S.A.L.T program is also ready to start, the on-board food and wine promotion program which we have talked about at length and which we are enjoying a preview of through the Radio channel. 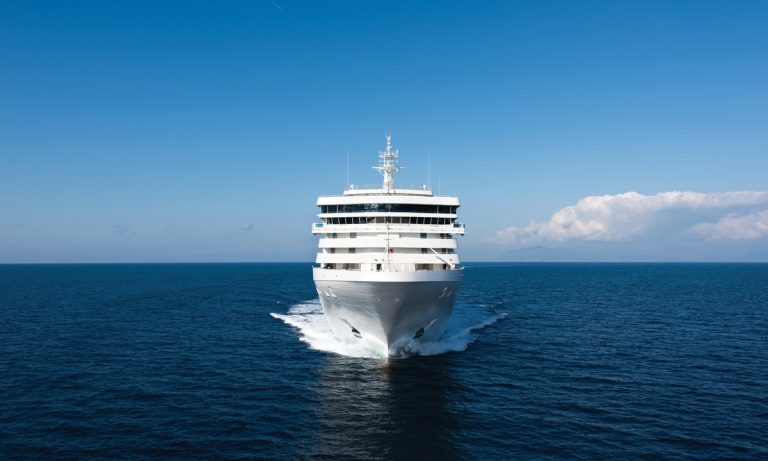 “The Silver Moon has passed with success its sea trails and we are nearing the delivery of the ship,” declared Giovanni Stecconi, Shipyard Director for Fincantieri in Ancona. “We can’t wait to celebrate this important occasion together with Silversea, a cruise company whose growth we have contributed to with pride and determination, thanks to ambitious projects like the Muse class of which the Silver Moon is a part”.

As also underlined by Martinoli, President and CEO of Silversea Cruises, the delivery of the Silver Moon, which should be concluded by the end of October, signals not only the success of the collaboration with Fincantieri, but a huge motive for satisfaction and a sign of recovery after the long period of difficulty brought on by the pandemic also for the world shipbuilding sector.

More updates and all the information on the new Silversea Cruises’ ship, the Silver Moon, on Cruising Journal, with Reviews, photos and videos.