“I wish you to always carry a special spirit across the oceans, as your name promises,” said Gabriela Toran, godmother and wife of ship designer Iñigo Echenique. In fact, the originally scheduled godmother, Infanta Elena of Spain, had to cancel her participation at short notice.

The bottle of champagne used for the christening was previously blessed after a nearly 120-kilometer pilgrimage to Santiago de Compostela. Spanish maritime lawyer and legal representative of Sea Cloud Cruises, Javier Arias-Camisón, fulfilled a promise from the Sea Cloud Spirit‘s first build with his excursion from Ferrol, in northwest Spain, to the famous pilgrimage site. The bottle shattered on the ship’s broadside on the first attempt. 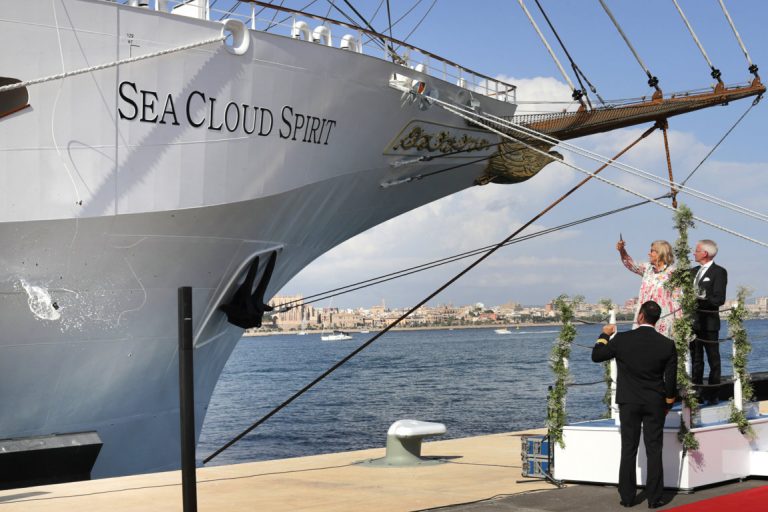 The new luxury sailing vessel represents an undoubted innovation in this area of cruising. The “Sea Cloud Spirit” is Sea Cloud’s modern interpretation of its more than 90-year tradition and helps to redefine the standards of comfort and avant-garde in the sailing world as well.

Tradition and innovation come together on board the new Sea Cloud Spirit, a three-masted sailing ship that offers space for up to 136 passengers in cabins with balconies. On board there is also a wellness area and a fitness center. 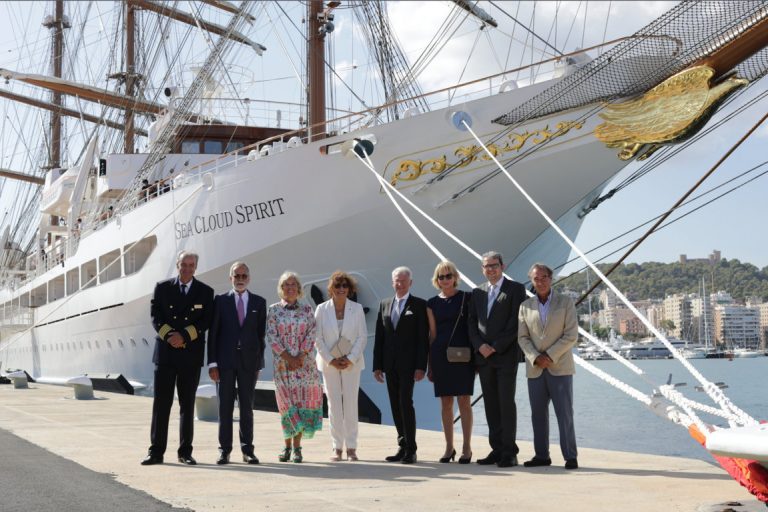 Sea Cloud Spirit will begin its maiden voyage from Rome on September 14. After the first voyages along the Italian coast between Tuscany and Sicily, the sailing ship will sail in the waters around the Canary Islands from November to April. The first port of call in Hamburg is scheduled for June 2022, followed by voyages to the North Sea and the Baltic Sea.

The new ship’s first time in the Caribbean and Central America is scheduled for the 2022/2023 winter season. With the new unit, Sea Cloud Cruises will also offer voyages from Florida and the Bahamas for the first time.

Information, Advice and Reviews of Sea Cloud Cruises on Cruising Journal, with opinions and cruises on offer. 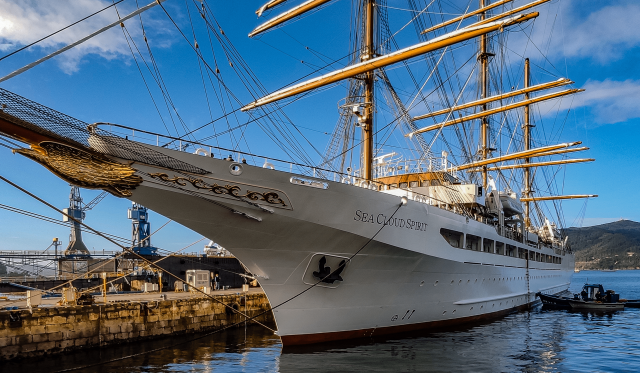