Emerald Cruises has announced that its first superyacht cruise ship, Emerald Azzurra, which will be launched in January 2022 and will be visiting Saudi Arabia during its inaugural season with two brand new itineraries. They both offer the chance to visit famous sites such as the Great Pyramids of Giza, ancient Petra and the Suez Canal, but also to discover new ports not often explored by Western travellers.

The new 10-day Mysteries & Treasures of the Red Sea itinerary will sail between Limassol, Cyprus, Jeddah and Saudi Arabia, with stops in Egypt and Jordan.  The port city of Jeddah is the second largest city in Saudi Arabia and a UNESCO World Heritage Site famous for being a gateway for pilgrims travelling to Mecca and Medina. Jeddah combines the best of the old and the new, so guests can explore both its historical monuments and modern sites, such as the elegant lighthouse and its many art installations.

Duba, Saudi Arabia, known as the Pearl of the Red Sea, offers guests the opportunity to visit the historic King Abdulaziz Fort overlooking the harbour or snorkel and scuba dive on one of the beautiful beaches. In the picturesque port city of Al Wahj, which is also in Saudi Arabia, guests will be able to visit AlUla, one of the oldest cities on the peninsula and Saudi Arabia’s first World Heritage Site, which is home to the Hegra Tombs.

In addition to these new ports, guests who book this itinerary will have the opportunity to visit the Great Pyramids of Giza and the Great Sphinx from Port Said as well as travel through the famous Suez Canal, snorkel in the Red Sea at Sharm El-Sheikh and visit Petra, the ancient city carved out of sandstone. 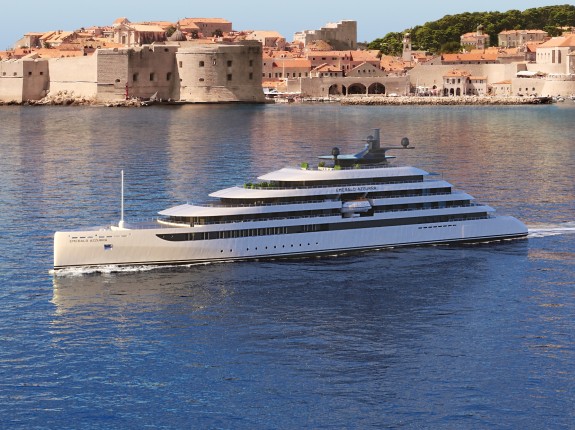 Alternatively, the 12-day Ancient Wonders of the Red Sea and Mythical Greece itinerary sails between Jeddah, Saudi Arabia and Athens, Greece, passing through Al Wahj, Duba, Aqaba and Sharm-el Sheik, as well as Ain Sokhna, the nearest beach resort to Cairo, Crete, Santorini and Athens. The exciting highlights include a boat trip to Naama Bay in Sharm El-Sheikh, a traditional Nile cruise with a visit to the Great Pyramids of Giza, a walking tour of the picturesque Agios Nikolaos in Greece and a sunny day in Santorini. 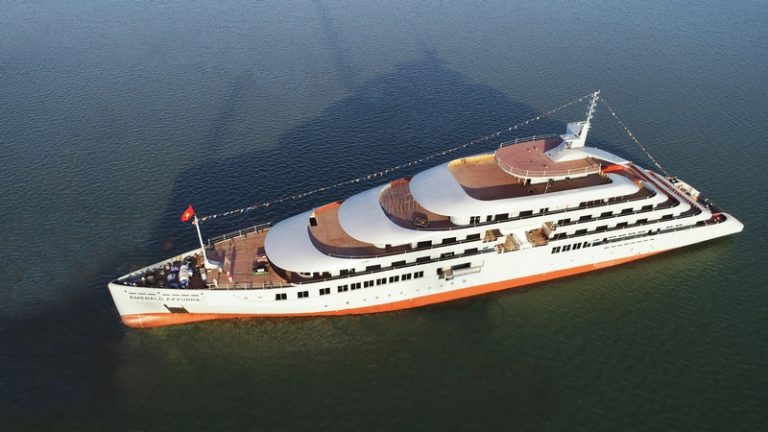 Emerald Azzurra will transport a small group of just 100 guests, split between 50 deluxe suites and cabins with private balconies. Emerald Azzurra will feature a variety of dining and relaxation areas, including the Sky Deck with its Spa Pool and the Wellness Deck with a spa, gym, sauna and hairdressing salon. The superyacht’s Marina is designed for easy access so you can enjoy snorkelling, paddle boarding and swimming during layovers.

Check out the information and Reviews about Emerald Cruises on Cruising Journal, with opinions, recommendations and cruises on offer.