At 15 years, the Color Fantasy perhaps is in the right age for a passenger ship. Together with her slightly younger sister vessel Color Magic, she is plying the 20 h overnight ferry route between Kiel and Oslo. By definition, she is a large car ferry, but the writing on her hull reads “Color Line Cruises”. The reason is that the two ships are so modern, big and comfortable that a three-day roundtrip including two nights onboard (and a four hour stay in port) is rightly being marketed as a mini-cruise.

Her Norwegian operator Color Line has introduced the two giant cruise ferries in 2004 and 2007 respectively, but their predecessors date back to overnight ferries that have been sailing on the same route since 1961. Founded by Anders Jahre’s Jahre Line, the route has seen two incarnations each of ferries named Kronprins Harald (1961 and 1976) and Prinsesse Ragnhild (1966 and 1981) before the Color Fantasy and Color Magic were introduced at the beginning of the new millennium. They link the port of Kiel, the capital of Germany’s federal county of Schleswig-Holstein, with the Norwegian capital Oslo. In both cities, the passenger terminals are within walking distance from the city centre, another fact contributing to the popularity of the service as a mini-cruise option. And of course, nothing can beat the sight of a sun-lit Norwegian fjord in the morning hours just after breakfast! 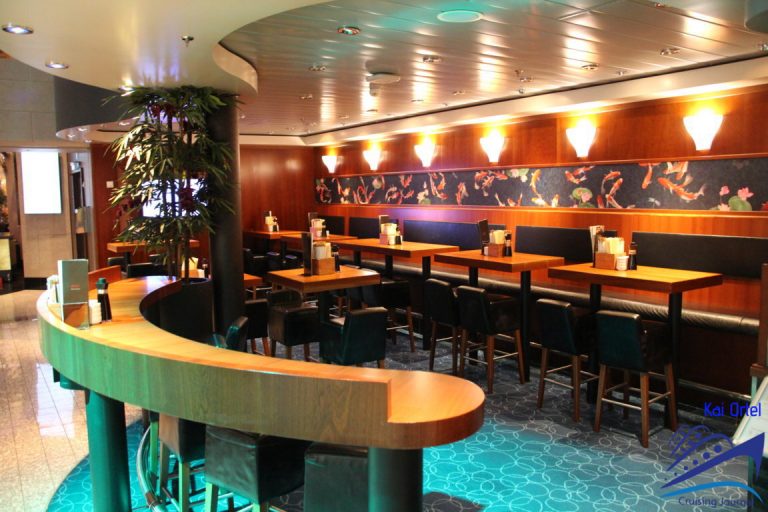 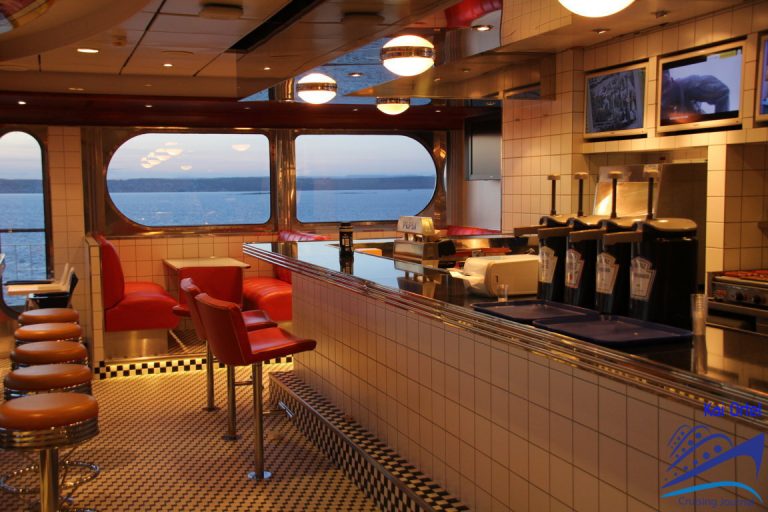 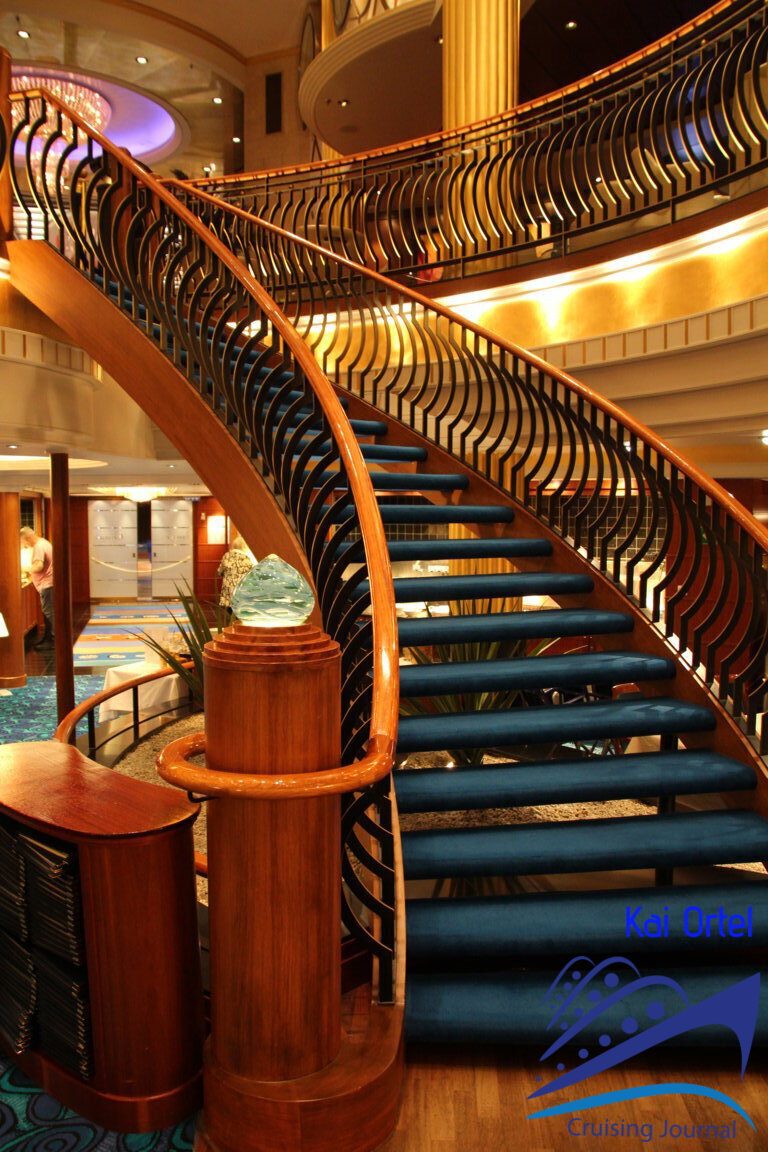 My home for this January trip in 2020 is cabin no. 8610, a very spacious “Color Class” luxury outside cabin on deck 8 which includes a large porthole-style window, a wide double-bed and a (fake) wood-panelled wardrobe and desk. There’s a TV and mini-bar as well, and breakfast in this cabin category is included in the ship’s wonderful “Oceanic” a la carte restaurant right at the vessel’s stern – overlooking the sea abaft. All in all, the Color Fantasy has 966 cabins in 14 categories – from 8 square metre inside cabins on deck 5 to the 35 square metre owner’s suites on deck 11. There are no cabins beneath the car deck. The ship’s overall capacity is for 2.605 passengers.

The Color Fantasy offers a wide range of restaurants and other dining facilities, although it depends on the mini-cruise package and cabin category booked if and which meals are included (and where). The ship’s main restaurant is the beautiful art déco-themed “Grande Buffet” restaurant where breakfast as well as lunch and dinner are served. Furthermore, there are two a la carte options: The “Cosmopolitan” and the “Oceanic” restaurant, both situated in the two-storey “Manhattan” restaurant complex at the stern. In addition, there’s an Italian restaurant on board (“Mama Bella”), a snack bar (“Bar Bella”), a Sushi bar, a fast food restaurant (“Sports & Burger Bar”), a café (“Promenade Café”) and a traditional pub (“Donkey Pub”). 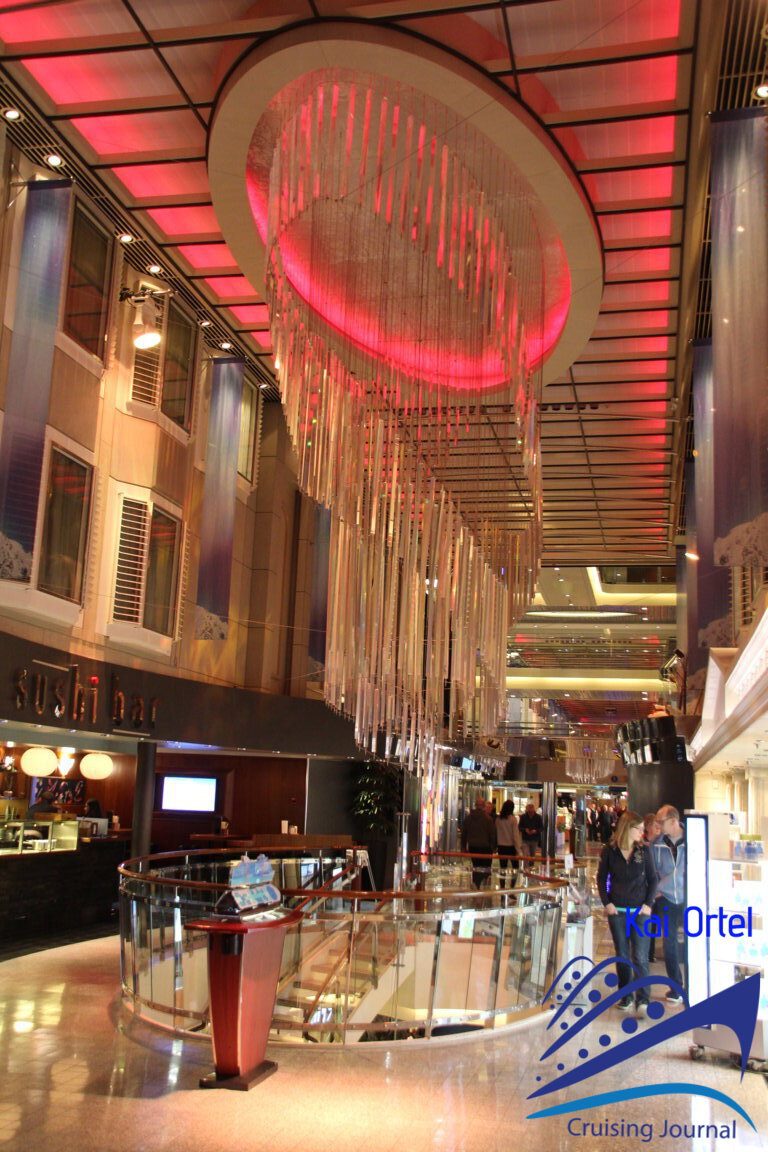 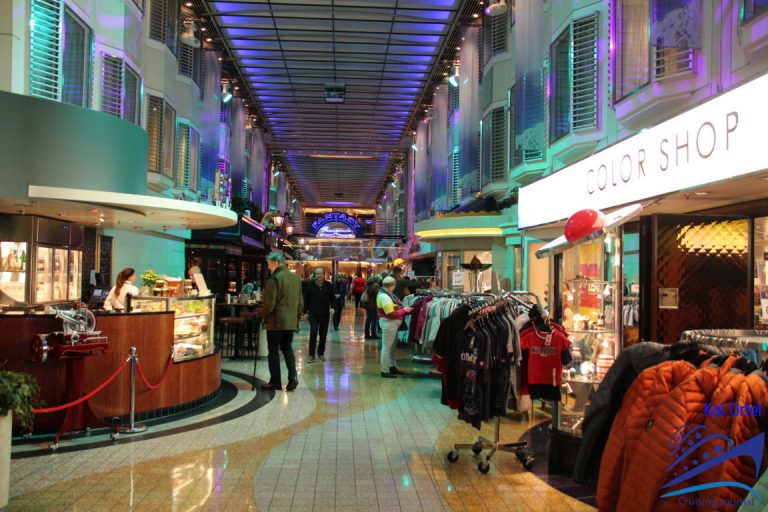 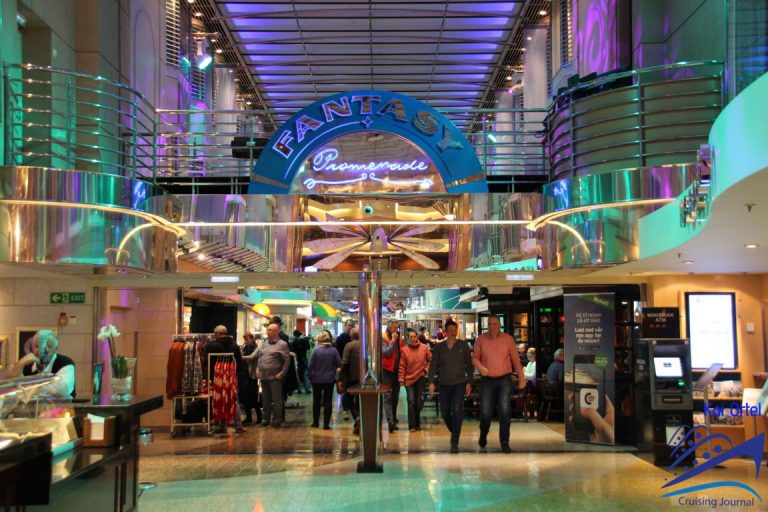 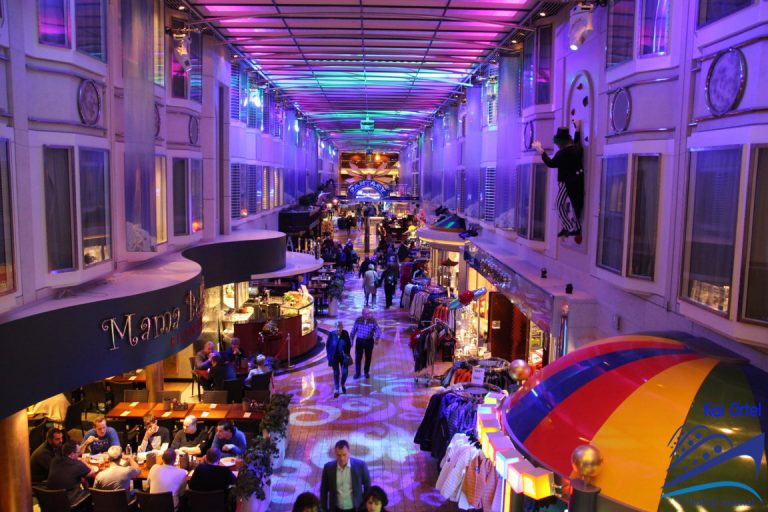 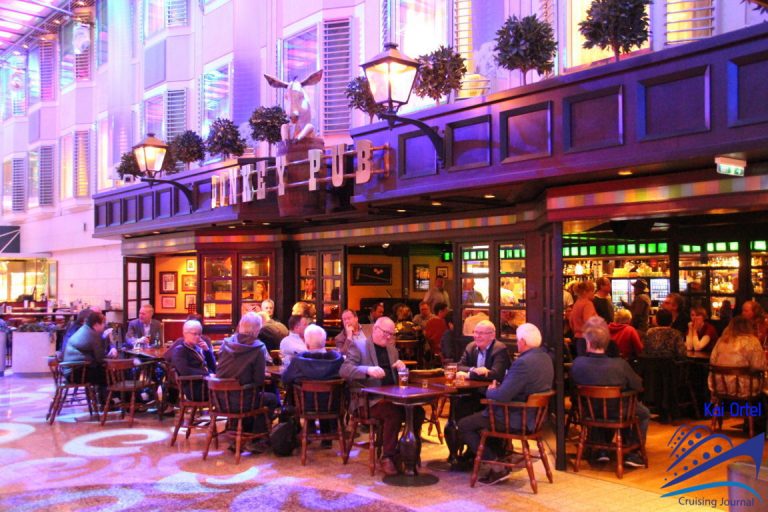 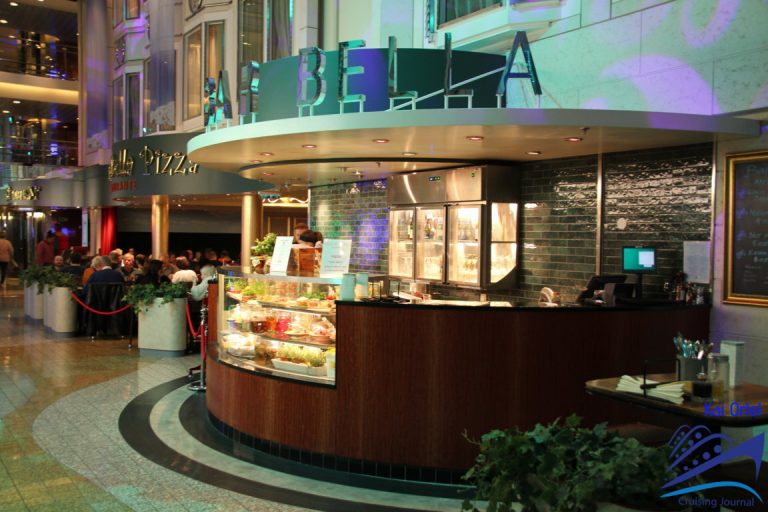 The heart of the ship however is its central shopping promenade – a feature first introduced in 1990 onboard the Baltic cruise ferries Silja Serenade and Silja Symphony and then copied and adapted countlessly onboard Royal Caribbean’s Voyager, Freedom and Oasis class cruise ships. The promenade has not lost its wow factor even 15 years after its commissioning and remains a most impressive architectural feature onboard. An oversized fly and a huge chandelier hover above the promenade where the light and colour of illumination is changing during the course of day and night. You can even book “promenade view” cabins with a window facing towards the shopping and restaurant mall.

Just like on any other “normal” cruise ship, music is in the air almost everywhere once you step onboard for your trip to Kiel or Oslo. There’s a troubadour playing guitar in the pub, a piano man (and violin lady) in the observation lounge on deck 15, a Jazz band in the Cosmopolitan Bar, the “Tower Night Club” (Disco) on deck 14 and above all, a stage production (musical/cabaret/acrobatics) is shown twice each evening in the large two-storey “Fantasy Show Lounge”. Furthermore, especially families can enjoy the onboard “Aqualand” on deck 12 aft while adults may find themselves in the casino, in the spa and fitness centre on deck 13 or in one of the numerous shops along the promenade – a perfumerie, a Color (souvenir) shop, a fashion boutique and the large tax-free market. With Norway staying outside of the EU, tax-free sales are possible on this route unlike on its counterparts for instance between Germany and Sweden, so especially Norwegians benefit from low onboard prices for cigarettes and alcohol. 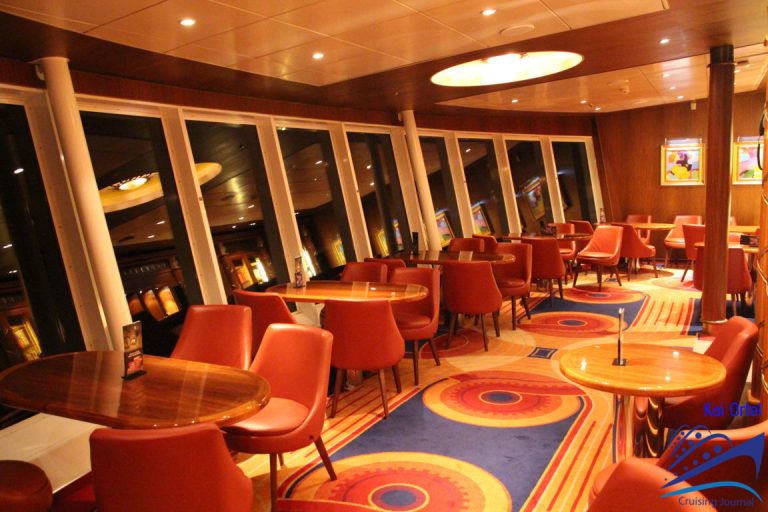 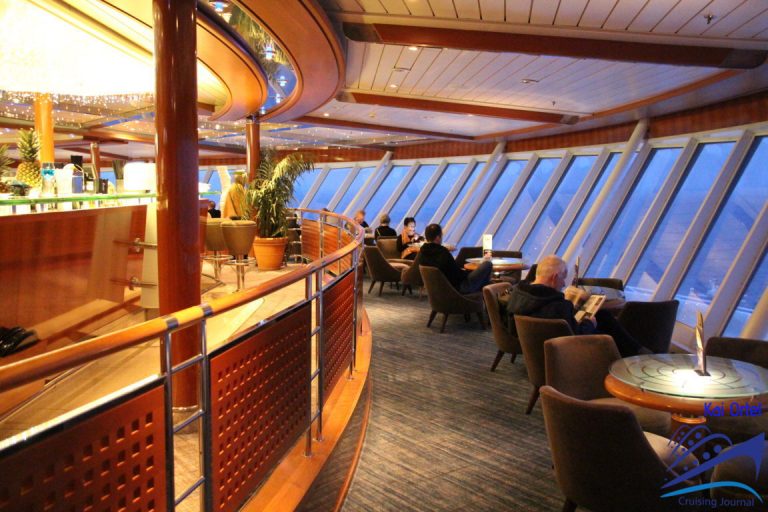 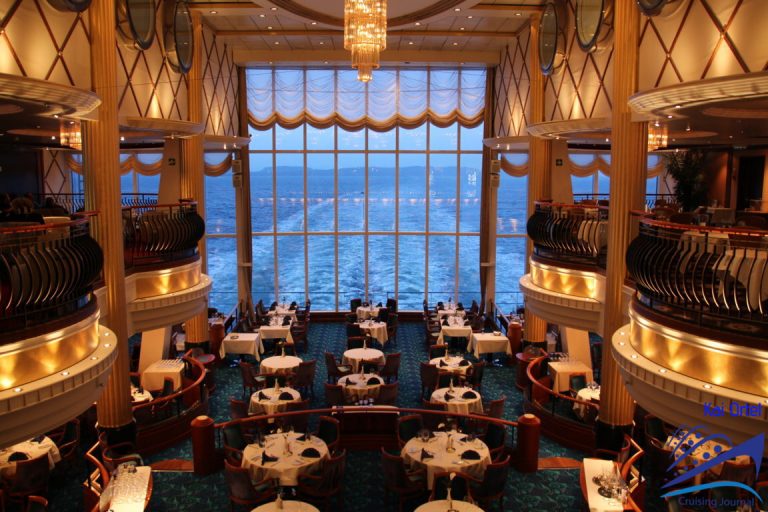 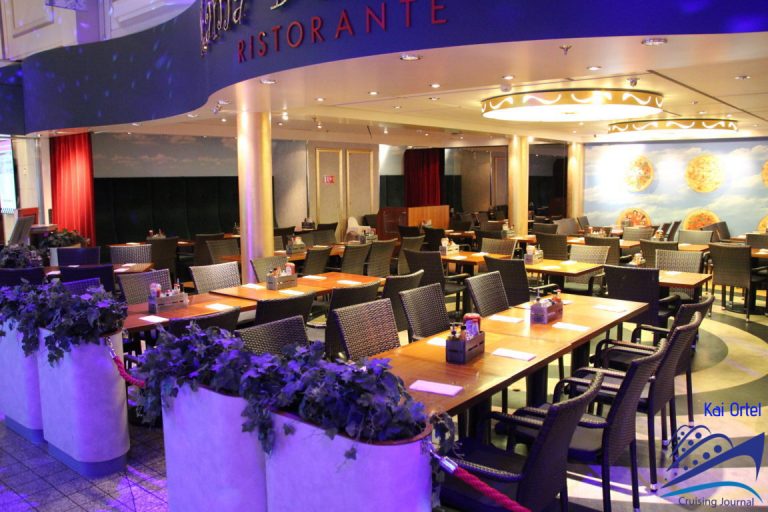 If you seek for a quiet retreat onboard, the beautiful observation library is the place to be. Just next to the observation lounge, you can enjoy a stunning view across the sea and scenery here with a couple of bookshelves containing leather bound classics (and not just fake libraries with pained books) on the wall behind you. Furthermore, the whole ship is decorated nicely with motifs from polar surroundings/arctic wildlife and colourful modern art mixing nicely in the stair towers and on the walls of the public rooms and the cabin corridors.

All in all, the Color Fantasy is a terrific cruise ship disguised as a ferry or vice versa. The good thing is that you’ll find all the amenities onboard that you would expect from a large cruise ship, the downside is that unless you’re booked in one of the luxury cabins or suites onboard, almost nothing except for the daily show is included in the ticket price. All meals and drinks onboard come extra, and the same is the case for the Aqualand and even the small printed map showing the route between Kiel and Oslo and its landmarks. And with the Color Fantasy and Color Magic being targeted mainly to their Norwegian core clientele, ticket and onboard prices are all but low. (All prices onboard are displayed in NOK, although you can pay in Euro as well.) But then, there are no tips required, and there’s no dress code either. 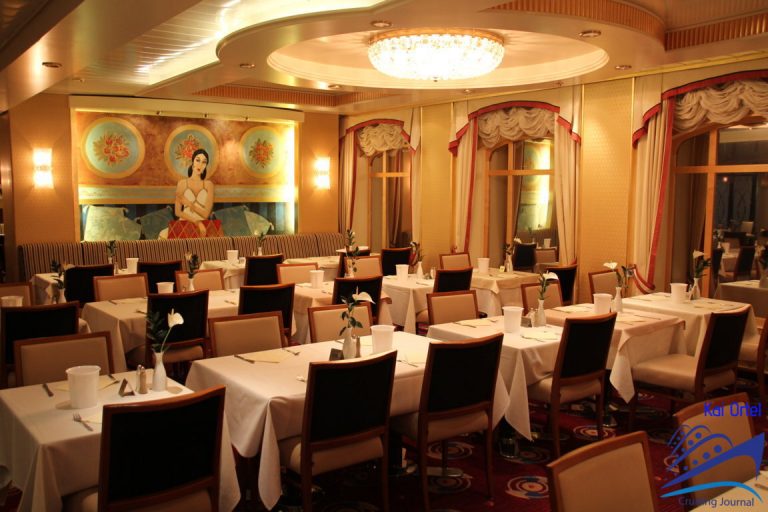 The ships being ferries in the end, the passenger mix onboard is quite diverse – consisting of mini-cruise guests, holidaymakers, families, conference groups and business people. So if you’ve got a spare day or two left in Northern Germany or southern Norway, don’t miss the chance to step aboard the unique Color Fantasy or Color Magic. They are truly more cruise than ferry and definitely worth a trip on this beautiful route irrespective of weather or season. 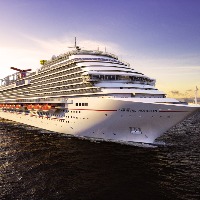 Gabriele B
@Gabry
Thanks Kai! Always nice to read from you! That's a cruise ship I don't know at all but really wish to visit soon!
0
0 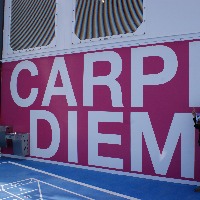 Freddy M
@BritishCruiser
Thanks Mr Kai! Is very interesting to know something more about Color Line. I've seen sometimes their ships in port, but never read something about them.
0
0 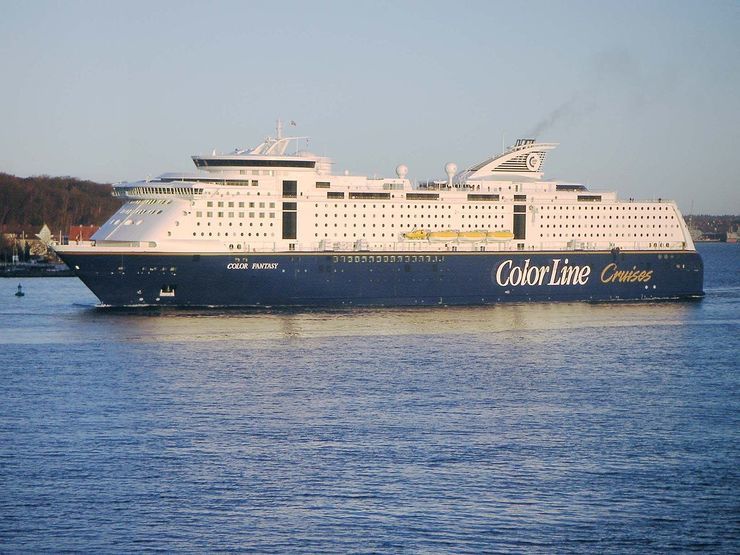