Mardi Gras: the new ship by Carnival Cruise Line in its second reincarnation. After having launched their very first ship in 1972, called the Mardi Gras, along with their new concept of cruises that were less exclusive but full of fun, Carnival is repeating history this year with a second new ship called by the same name to pay homage to their cruising history. The new Mardi Gras cruise ship will again offer a new and innovative concept sure to start a revolution in the cruising world.

The Mardi Gras will be the first ship for the company to be powered by LNG and it will operate in northern Europe. The ship, with over 20 decks, will have the following 6 themed areas:

1) The Grand Central Atrium: three decks high (between deck 6 and deck 8) and composed of various environments for socializing and admiring the panoramas during navigation, given that the entire atrium is framed by three-story-tall windows. Nearby you can listen to good music at the Piano Bar 88 or enjoy a good meal at the various restaurants including the Bonsai Sushi and the Bonsai Teppanyaki.

2) The French Quarter: a sort of New Orleans style area with bars and restaurants that recall the world of jazz. A walkway, which is found on deck 6, leads to the Jazz Club where you can listen to live music while sipping on an excellent homemade cocktail.

3) The Piazza: a place located at the center of the ship on deck 8 with additional restaurants including a seafood restaurant with a Mediterranean theme and the Pizzeria del Capitano. 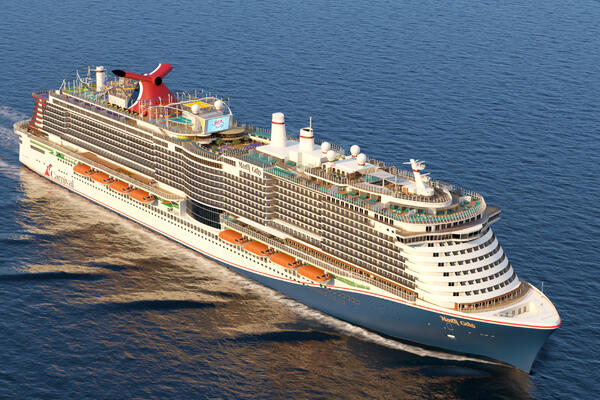 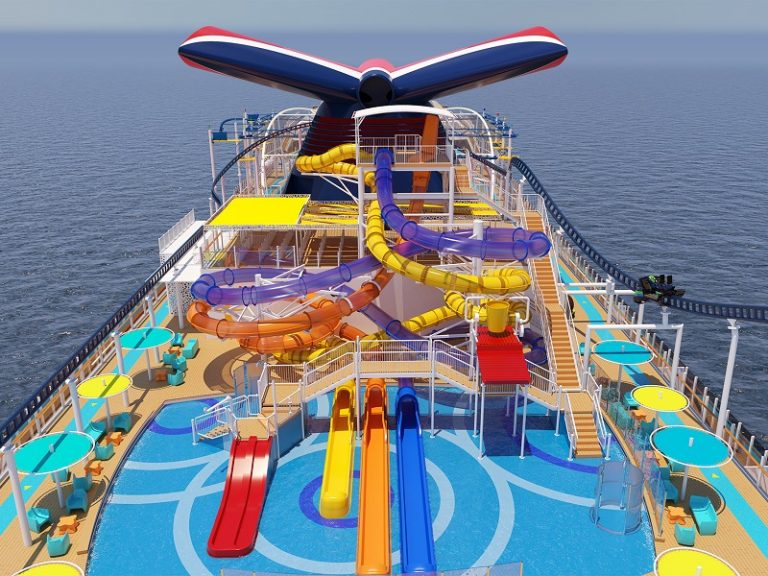 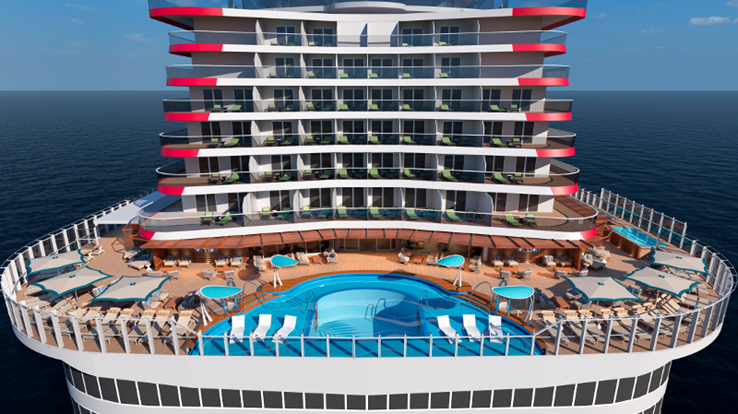 4) The Summer Landing area: an area that is located at the back of the ship on deck 8 where it is possible to enjoy excellent Guy Fieri barbeque cuisine accompanied by artisanal beer made directly on the ship, in the restaurant Guy’s Pig & Anchor Smokehouse Brewhouse. A swimming pool and Jacuzzi complete this area made for relaxation and fun.

5) The Lido: another area, this time found on the stern on decks 16 and 17, which the company has enlarged and improved and added some of the well-loved corners such as Guy’s Burger Joint, the Bluelguana Cantina and other new features.

6) The Ultimate Playground: located on the stern between decks 18 and 20, this area will be the true epitome of a fun zone. There will be a huge water park called Waterworks. The Sportsquare area has been enlarged and the highly anticipated Bolt “The Ultimate Sea Coaster” has been added. The Bolt is none other than the first roller coaster built on a cruise ship, at a length of 245 meters and interspersed with curves, twists and turns at a speed of 65 km/h which will wind around the ship’s smokestack, 57 meters from the surface of the water. Mardi Gras will have a gross tonnage of 180800 tons and will be able to accommodate up to 5282 passengers. Expected delivery of the ship is October with a debut in November 2020.

Follow all the updates and information about the Mardi Gras on Cruising Journal.